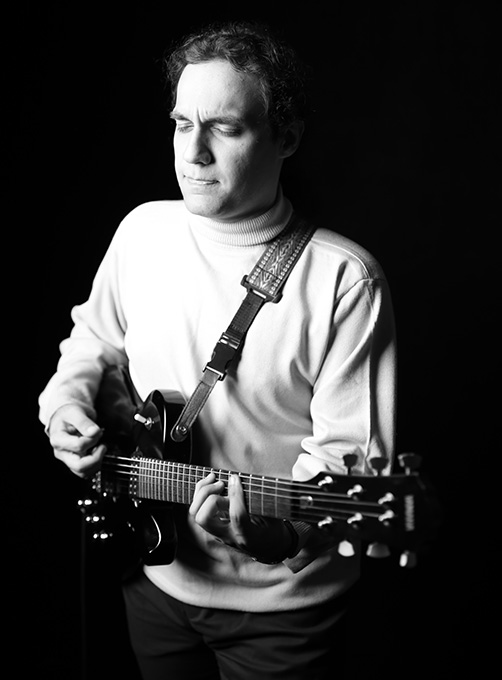 Born in Tehran in 1998.  He started playing guitar with his father (Masih Morshed) since he was five. His journey in composing/ orchestrating started five years ahead. In 2015, he and Bardo B. gathered around a group of Iranian talented musicians in a project called (gypsy jazz night), for the first time in Iran, that performed in Niavaran Hall. He arranged some of the Jazz Standards for that particular ensemble, such as “Nature Boy”, “Fly Me to the Moon”, “Caravan” and etc.

In 2016, he graduated from the Conservatory of Music in Tehran. In the meantime, he volunteered to lead a big band while he was studying music and orchestrated some of the rarest repertoires of  Jazz history and Jazz bandleaders, such as Glenn Miller, Benny Goodman, Hoagy Carmichael, and many more, that performed in Roudaki Hall in Tehran.

He began his career as a session player and collaborated with various musicians in different genres. As a result, from 2015 to 2020,  he recorded almost +500 records as the guitar player in Television series, Movies, Pop music, and Jazz recordings in Iran.

His first album Back to Dreaming, released on June 12th of 2018. He composed nine pieces for the album on his 18s birthday. The Idea was a complexity of guitar and percussion arrangements, in Fusion style composition of his own, with a Brazilian guest on bass guitar, Tiago Moraes, and Bardo B. on vocal.